Armed forces are the key element of country which not only defend and fight for the nation but also gave them confidence hope and dignity to stand among other nations with pride. The Armies have able to build new nations and to defend the earlier, however it is also necessary in present to fight with the extreme terrorists who destroy the peace from the world.

In third world countries Army personnel are use to cope with crises like floods, earthquake and land sliding to rescue people. Largest and strongest armies also sign of a powerful nation as many of countries spend lot of their annual revenue to their army and provide them modern and latest technology to fight any critical situation. Here top ten largest and strongest armies in the world are listed with their personnel. 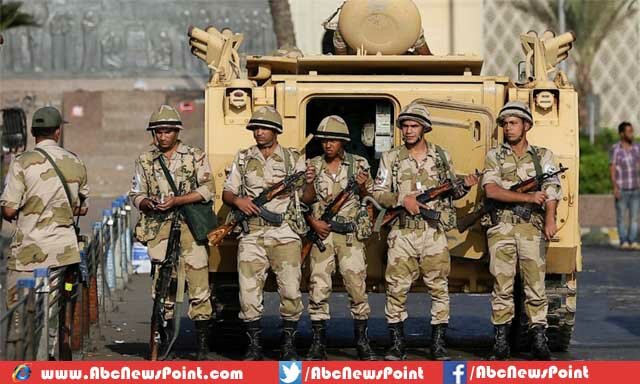 The Egyptian Army is the largest Armed Forces in both the Middle East and Africa with available estimated personnel of 468,500, while 1,000,000 are additional reservists. Under the Ministry of Defense the Egyptian Military Operations Authority controls it with its headquarters in Cairo which are directed three main command-and-control headquarters. The army has engaged in the 20th Century in Egypt’s five wars with the State of Israel while it’s Operation Desert Storm in 1991. 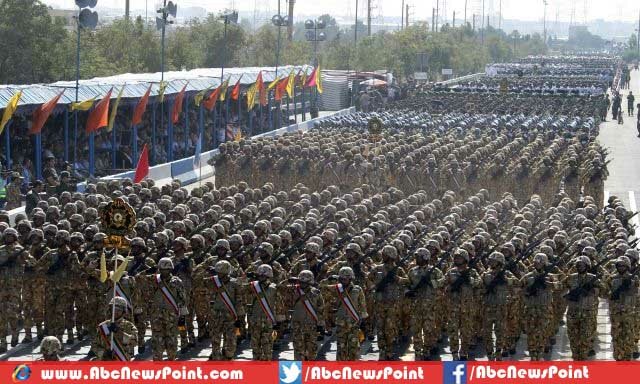 The Armed Forces of the Islamic Republic of Iran include the IRIA, the IRGC and the Law Enforcement Force, one of the largest armed forces with 545,000 active personnel excluding Law Enforcement Force. The new king Reza Shah Pahlavi has re-established Iran army by sending hundreds of officers to European and American military academies and retraining of existing army from foreigner officers. Following the arms embargo after Iran revolution in 1971, they started producing the weaponry material at their own also involved in making nuclear weapon to become the strongest army. 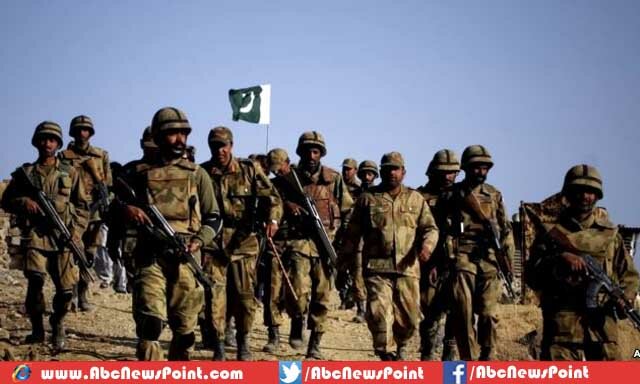 The Pakistan Army is a volunteer fighting force which has active force of 642,892 personnel according to the International Institute for Strategic Studies (IISS) while there were roughly 500,000 reserves are also available in addition. The key joint-operations by the Army comprise Operation Black Thunderstorm and Operation Rah-e-Nija while its major engagements are with neighboring armed forces in 1965, 1971 and in 1999. Pakistan Army is also among the largest and strongest armies in world with massive personnel and equipped with latest weapons and having nuclear assets. 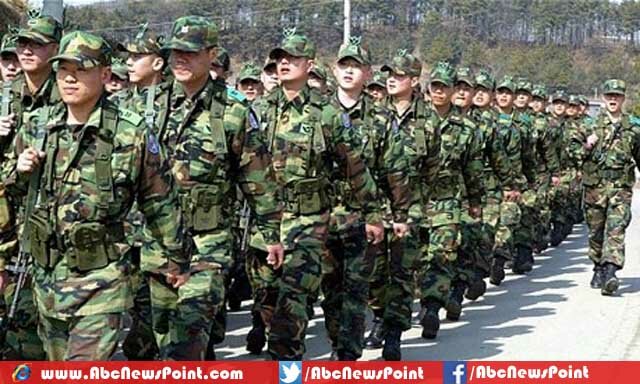 The Republic of Korea Armed Forces is one of the largest and strongest standing armed forces in the world with active personnel strength of 630,000 known as the ROK Armed Forces. The army is responsible for maintaining the independence and territorial integrity of the republic also engages in disaster-relief and humanitarian efforts in the country. The South Korean forces are involved in conflict with its neighbored North Korea which has been increasing at border site, mostly relied upon US armed forces for homeland security. 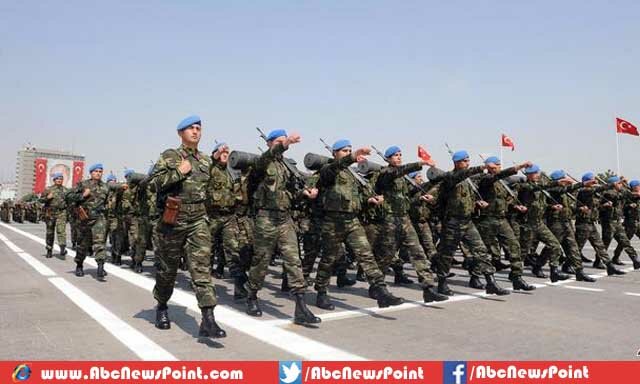 Armed forces of the Republic of Turkey started comprehensive modernization program from troops after becoming an associate of NATO on 18 February 1952 and considered as second largest forces in NATO following United States forces. Turkish forces also stand among the largest and strongest armed forces in the world with available troops of 662,719 for fight, engaged in Korean War, Cyprus, PKK Campaign and other humanitarian work in the country. 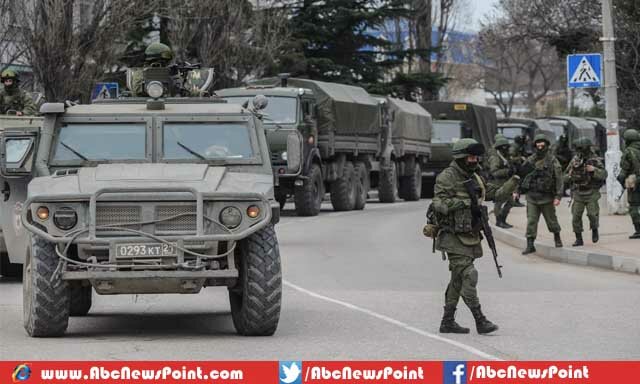 After the dissolution of the Soviet Union Armed Forces of the Russian Federation established to serve the Russia, which become one of the largest and strongest armies with total active personnel of 845,000 while its additional reserve troops are approximately 2,035,000. According to sources, Russian government is spending a massive sum for armed forces and equipped them with latest and modern weapons while also considering starting nuclear program in the country to turn into stronger in the world. 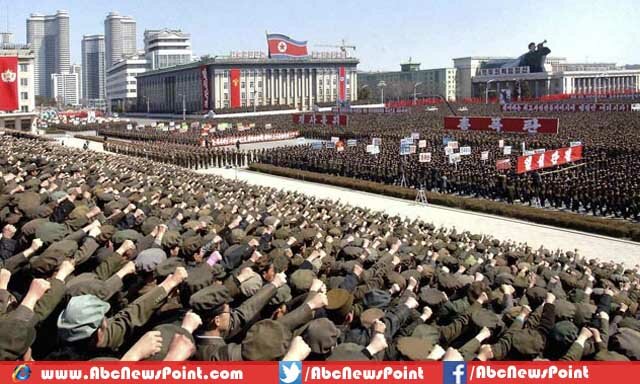 The Korean People’s Army has nearly 1,190,000 active troops while nearly 600,000 are reserved under command of Kim Jong-un who is the Supreme Commander of the Korean People’s Army. KPA involved in major fights with Republic of Korea Armed Forces and United States Forces Korea, across the Korean Demilitarized Zone, considered as largest and strongest army with heavy weapon and human capital. Approximately spend $10 billion on the army as it still faces United States and South Korea forces along the deactivated zone. 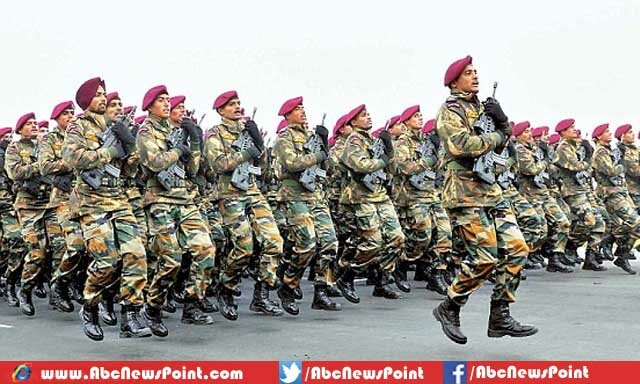 The Indian Army established since the armies of the East India Company, became the British Indian Army and then national army after independence. It is responsible to ensure national security, unity and defending the nation from external violence and threats, and retaining peace and security within its borders especially with Pakistan which has been considered as worst enemy since their independence and has three major wars till now. The Indian army also listed at top of largest and strongest armies with total active armed staff of 1,329,998 excluding 990,960 reserve personnel. 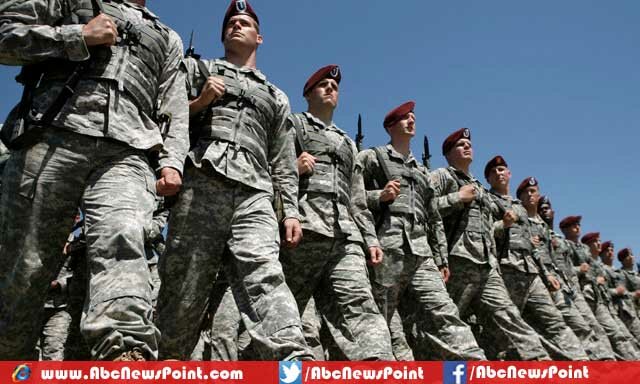 The largest branch of the U.S. military, formed to fight the American Revolutionary War on 14 June 1775, considered as most modern and highly equipped forces in the world. The active personnel is also 1,458,219 staff having active nuclear armaments, spend 39 percent on the military expenditure of the whole world while United States Army Reserve (USAR) has reportedly 201,166 soldiers reserve made them largest and strongest armies. 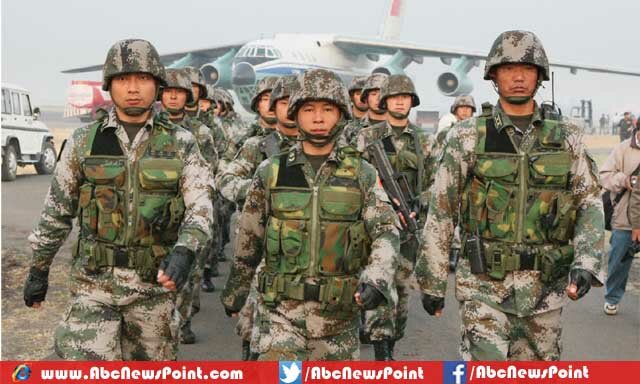 The People’s Liberation Army is the military of the People’s Republic of China (PRC) under command of the CPC, enlisted at the top of largest and strongest armies with active personnel of 2,285,000 active while 800,000 reserved while bringing total to 30,85000. China has huge number of volunteers available to serve the nation to protect nearly billion of people becoming the most powerful country and commanding nation in the world.